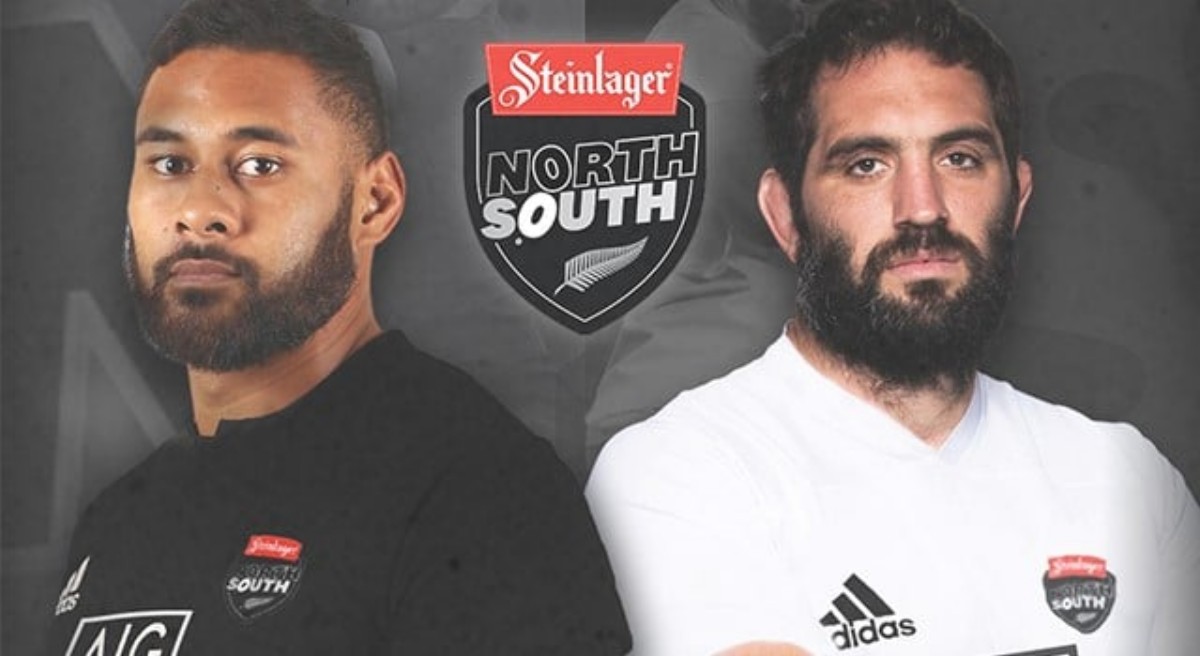 The two teams for the eagerly-anticipated Steinlager North v South match at Sky Stadium in Wellington on Saturday 5 September have been named.

The teams are as follows:

North Head Coach John Plumtree said: “It’s an exciting squad that we’ve picked for this special match. There’s a huge amount of lot of talent in the side. There’s some real power in the forwards and some speed in the backs.

“The North has gelled together really well this week and the players are having a lot of fun. They’re really excited at the challenge against the South and certainly not lacking in any motivation. There will be a real intensity to the match with two really good teams going toe to toe,” Plumtree added.

The Head Coach of the South team, Brad Mooar, said the South side had some strong combinations, with additional strength and pace thrown in as well.

“It’s always hard to pick those in the 23 and all 28 in our squad could’ve been selected. We have a fantastic group of men who have all made the most of this week, building relationships and having fun with each other as well as learning new things and formulating our game plan. There’s been lots of good-natured banter between the teams and a lot of parochial rivalry.”

“The only thing missing at the stadium will be the fans and we’re really disappointed we can’t share the experience there with them. We know there will be a huge audience watching at home so we hope they’ll enjoy what’s shaping up as match for the history books,” Mooar said.