Skip to content
You are here
Home > Mitre10 Cup > The draw construction has begun for the 2020 Mitre 10 Cup!

The first steps in shaping the draw for the 2020 Mitre 10 Cup are underway with the 14 Provincial Unions making their selections for crossover matches between the Premiership and Championship divisions this week.

Counties Manukau and Bay of Plenty will officially swap places, with the latter promoted into the 2020 Premiership while Counties Manukau will compete for the Championship next season. Each team plays all teams in their division along with four crossover matches against teams in the opposite division.

New Zealand Rugby Chief Rugby Officer Nigel Cass said while the 2019 season only finished a few weeks ago, provincial unions are already turning their focus to 2020.

“Once again we saw some great rugby in the Mitre 10 Cup, and these crossover matches are always an interesting feature.

“We saw a number of championship teams pushing, and beating, premiership teams in 2019, so the selections that Union’s make form an integral part of their upcoming season.

“The Unions have been asked to provide feedback on the season and we will look to see if improvements can be made as we look towards next year’s competition,” said Cass.

Representatives from all 14 teams met this week for the annual crossover selection picks. CEOs and team management take part in the selection process, with each team picking one home and one away fixture, their two other crossover matches are selected by the opposition.

New Zealand Rugby now captures these selections as part of the draw construction for 2020. The draw will be released next year. 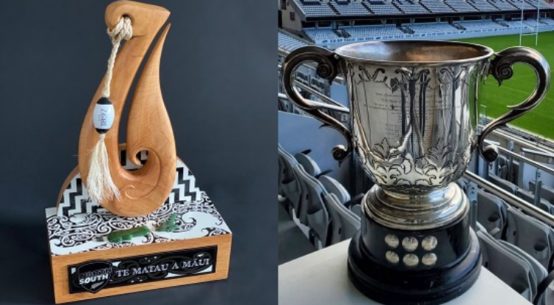