New Zealand Rugby (NZR) has announced 50 players to assemble as the 2020 New Zealand Barbarians Under 18 squad.

Following involvement in the regional development camps that take place across the country next week, the players will assemble in Hamilton and form two teams named after New Zealand and Barbarian Rugby legends Andy Haden and Alan Whetton.

The teams will be coached by Mark Hammett and Tom Coventry as they prepare for a one-off fixture on Friday 9 October.

NZR High Performance Player Development Manager Matt Sexton said the selection was a fantastic reward for what had been a disrupted 1st XV season for many.

“Our talent identification network has done a great job this season in finding talent right across the country and we are really pleased with the group that has been selected.

“While we would usually have teams preparing for international fixtures, this performance camp will be great development for players and the one-off match will be an exciting encounter.”

“The aim is to have these young players excited about what is ahead, and prepare them for what will be needed at the next level of the game,” said Sexton.

New Zealand Barbarian Rugby Club President Alan Whetton said the organisation was excited to be involved in this year’s programme.

“First of all, a hearty congratulations to the squad of 50 players who have been selected in the New Zealand Barbarian Under 18 squad, it is fantastic news for you and your families.

“It is also very exciting and humbling to hear that the two squads will be named the Andy Haden XV and the Alan Whetton XV. Andy was a trailblazer who created a pathway for the modern rugby player today and it is a fitting recognition of a special player who sadly passed away this year. And as for the Alan Whetton XV, I am certainly not in the league of Andy but will gladly accept the honour,” said Whetton.

The 2020 New Zealand Barbarian Under 18 squad is 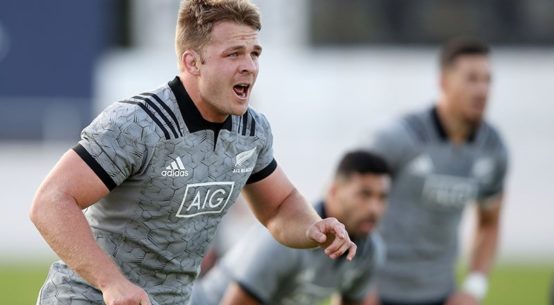